Geert Wilders, the popular leader of the Dutch PVV (Freedom) Party, is well known for his anti-Islam and anti-immigrant viewpoints. Dutch Moroccans are his favourite target, who are systematically put down by Wilders as criminal, extremist, terrorist, and benefit scrounging untermenschen.

The Dutch have now been debating for years whether Wilders' public statements are racist or not (see here). To me, this is somehow puzzling, as what else can you call the stereotyping and scapegoating of entire population groups?

Why this hesitance? Part of the explanation is that most mainstream Dutch politicians have become terrified of Wilders.They have even been taking over many of his viewpoints on immigration in  attempts to win back votes. The right-wing liberal VVD party, in particular, has done its best to copy PVV's anti-immigration, anti-diversity (see here) and 'law and order' viewpoints.These strategies have failed, but have made Wilders' viewpoints respectable.

They also avoid very harsh attacks against Wilders because they may need his party to form the next coalition government. After all, the PVV is now the biggest or second biggest party in national polls.

In other words, politicians are afraid to call Wilders a racist because he has become too powerful. Yesterday, he went one step further during a speech to celebrate his party's victory in local elections in The Hague (see video)


- Wilders: "I ask you. Do you want, in this city, and in the Netherlands, more or fewer Moroccans"
- Audience: "Fewer, fewer, fewer.... " (shouting)
- Wilders:  "Then we will fix this" (audience and Wilders laugh)

Yet once again, PM Rutte of the VVD party stated this week that he does not rule out the possibility of forming a next government with Geert Wilders, who already gave vital support to Rutte's previous government.

To be honest, this makes me angry and scares the hell out of me. Not so much because of what Wilders says (racism is of all ages after all), but because he gets away with it (not in the legal, but in the moral sense), because mainstream politicians lack the moral compass, courage and self-confidence to go in the counter-attack, show solidarity and identify with fellow Dutch citizens of Moroccan origin or Islamic faith.

What we need is a Prime Minister who has the guts to say: "I am a Moroccan". That would be real leadership. What we get is cowardice. 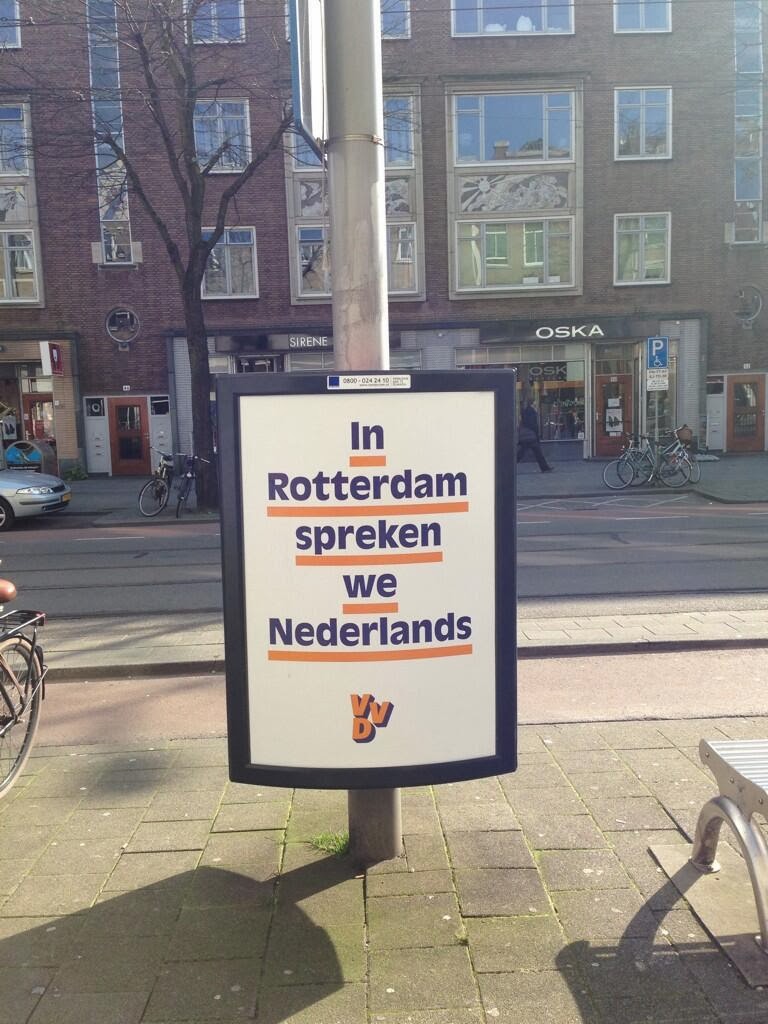 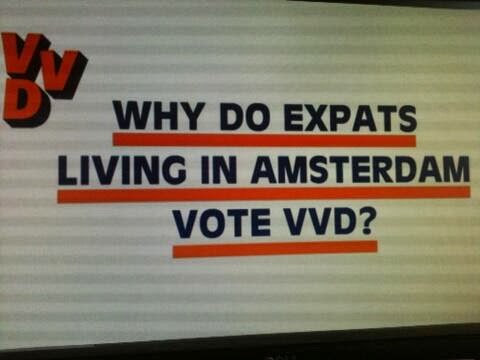