Smuggling is a reaction to border controls, not the cause of migration

The disaster of the sinking of a boat on 3 October 2013 off the coast of Lampedusa, which cost the life to hundreds of refugees and migrants, has already led to calls for a 'smuggling crackdown' among governments and international organisations. Over the past decade, this has been the usual reaction when such tragedies happen on the southern coasts of Europe. 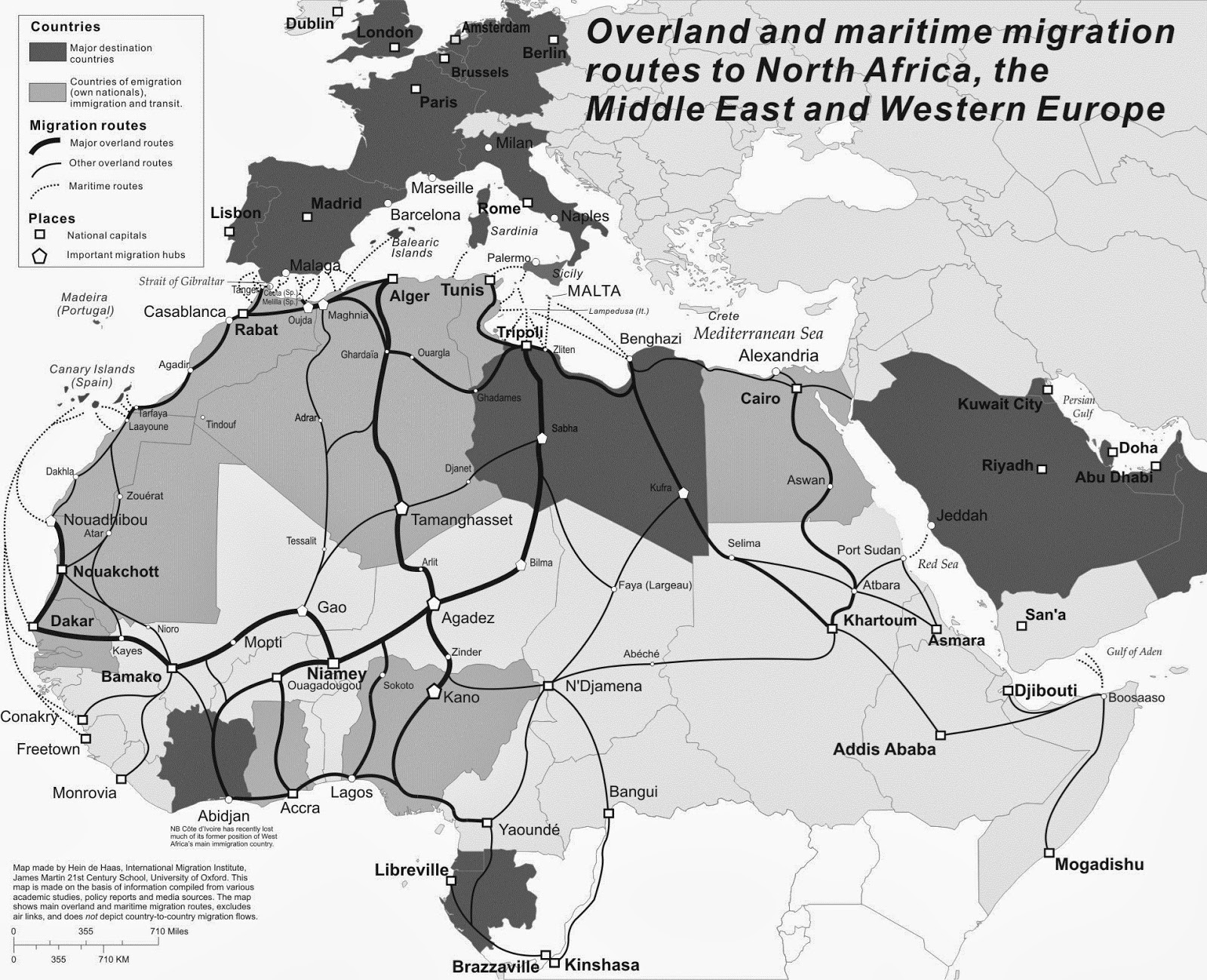 The phenomenon of irregular boat migration across the Mediterranean is anything but new. It has existed ever since Spain and Italy introduced visa requirements for Moroccans, Algerians, Tunisians and other African nationals around 1991. This forced many people, who previously could migrate and circulate to Europe freely, to cross borders irregularly. Over the past decades, an increasing number of sub-Saharan African migrants and refugees have joined North Africans in their efforts to cross the Mediterranean (see here for a brief historical overview).

While sustained demand for cheap labour in agriculture, services and other informal sectors has been the main driver of this migration, a significant, but substantial minority is fleeing conflict in their origin countries. As long as no more legal channels for immigration are created and as long as refugees are denied access to asylum procedures, it is likely that a substantial proportion of this migration will remain irregular.

It seems practically impossible to seal off the long Mediterranean coastlines. To a large extent, border controls have been self-defeating. Increasing controls at the Strait of Gibraltar in the 1990s have not stopped migration but led to an eastward and southward diversification of African overland migration routes and maritime crossing points over the 2000s.

This has led to an unintended increase in the area that EU countries have to monitor to ‘combat’ irregular migration. This area now included the entire North African coast and various crossing points on the West African coast towards the Canary Islands (see The Myth of Invasion report I wrote in 2007 and the map above, which should be updated to include maritime crossings from the Egyptian coast and increasing migration through Israel and Turkey).

As a consequence of the increasing length and dangerous nature of journeys, migrants have become more dependent on smugglers. Over two decades of costly, mounting investment into border controls and rapidly increased funding for Frontex (EU's border agency) have not stopped migration, but increased the vulnerability of migrants, their reliance on smuggling and caused the deaths of an estimated number of at least 17,000 people over the past two decades. It is particularly worrying that the so-called 'fight against illegal migration' has blocked access to asylum for people fleeing conflict and persecution in countries such as Syria, Ethiopia and Eritrea.

There is a strong parallel between the so-called 'fight against illegal migration' in the Mediterranean and the situation on the US-Mexican border. Research (see for instance here and here) has shown that the toughening of border controls and the erection of walls between the US and Mexico has not stopped migration, but has led to a deflection of migration flows towards longer, more dangerous routes across the desert, an increasing reliance on smugglers (coyotes), a rising death toll, and a reduction of circularity.

As I argued earlier, the actual magnitude of cross-Mediterranean migration (several tens of thousands, not hundreds of thousands per year) is more limited than is often believed. Most irregular migrants living in Europe enter legally and then overstay their visas. Yet ‘harsh’ political discourse on immigration accompanying such policies is likely to reinforce the same xenophobia and the concomitant apocalyptic representations of a ‘massive’ influx of migrants to which they seem a political–electoral response. Policy making on this issue is therefore caught in a vicious circle of 'more restrictions - more illegality - more restrictions'.

Policies to ‘combat illegal migration’ are bound to fail because they are among the very causes of the phenomenon they claim to 'fight'. It is very disturbing to see how governments casually deploy belligerent terms such as 'combating' and 'fighting' to describe their attempts to stop migrants and refugees from reaching European territory. However, the real scandal is that governments and migration agencies such as Frontex shamelessly abuse tragedies such as the Lampedusa disaster to spend more money on 'combating illegal migration', which is only going to increase reliance on smuggling, block access of refugees to protection, and cause even more deaths at the border.
Posted by Hein de Haas at 10/05/2013 10:00:00 pm